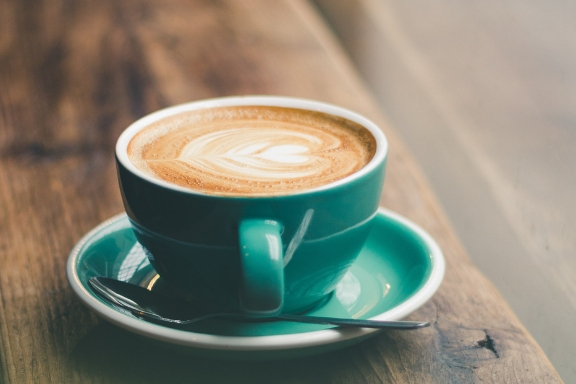 Will coffee really affect my sleep?

Who wakes up and immediately looks forward to their morning tea or coffee?

You just know that first sip is going to get your day off to a good start. All over the world people love the stimulating effects of caffeine and use it to stay focused and alert throughout the day. When you drink a cup of coffee, the effects on the body are fast acting and long lasting. We immediately feel good and can feel energised hours later. Unfortunately, the upside of drinking coffee, also has a downside - it can affect your sleep, and this is really bad news if you’re someone who struggles with insomnia.

So how does caffeine affect our sleep?

To understand the effects of caffeine on sleep, you’ll need to first understand how the brain controls our normal sleep/wake cycle.  Our bodies function best with about 7-8 hours sleep and about 16-17 hours of awake time. From the time we wake up in the morning a hormone is produced in the body (called adenosine) which continues to build up throughout the day. Towards the evening, when adenosine levels are high, the brain sends a message to the body to start winding down for sleep. The problem with caffeine is that it blocks the effects of adenosine. This not only keeps us awake but it also prevents the brain from telling the body to wind down for sleep, making it harder to fall asleep and reducing your over total sleep time.

It takes the average person about six hours to break down just half the level of the caffeine in the body, so any caffeine consumed after about 2pm can interfere with sleep. Some people take longer to metabolise caffeine and may need to stop drinking coffee before midday. Caffeine can remain in the body for up to 24 hours, so the cumulative effects over time can interfere with the whole sleep/wake cycle.

The other problem with caffeine is that it is addictive. We can become dependent on it and easily build up a tolerance to it. Unless we consciously limit ourselves to 1-2 cups a day, over time we can start reaching for a third, fourth or even fifth cup to feel the same buzz. Even worse, is that high levels of caffeine can create a vicious cycle, whereby you get less sleep at night, feel more tired during the day, then become more dependent on the caffeine to get you through.

Perhaps you are one of those lucky people who claim that coffee doesn’t affect you.  Unfortunately, this may not be true. Even if you don’t have a problem falling asleep, studies suggest that “sleep fragmentation” can occur when consuming caffeine later in the day. Sleep fragmentation means that you can wake up for short periods of time overnight but not recall waking up. The result is feeling unrefreshed and fatigued in the morning (with a strong craving for coffee!)

How much caffeine is OK?

With such negative effects on sleep, how much caffeine is OK? The good news for coffee lovers is that sleep scientists have agreed that 1-2 cups of coffee a day would not be too detrimental to your sleep, provided you do not have any caffeine at least six hours before bedtime.

However, how much caffeine is ok for you will also depend on your genetics and age. Some people are genetically more sensitive to the effects of caffeine, and older adults also tend to metabolize caffeine less effectively and should therefore drink less. Young people should not be drinking caffeine at all, as it can interfere with normal development of the brain.

My general advice to people with insomnia is that if you are actively trying to improve your sleep it would be wise to cut down your caffeine intake to around 1 cup of coffee or tea per day, but ideally none at all, and avoid any caffeine after midday.

Finally, nothing replaces the benefits of regular rest breaks during the day and a good night’s sleep.  Instead of using coffee as a crutch during the day, try taking a longer lunch to recharge the batteries, sit in the park, go for a 10 min walk, rest your eyes for 15 mins by lying down with your eyes closed (yes, a nap), and at night time aim for 7-8 hours sleep.

Grab a copy of our FREE eBook - A Short Guide to Better Sleep.

You can find more information about insomnia here. For more tips on better sleep have a look at our post: Five easy steps to better sleep. 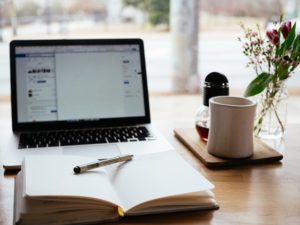 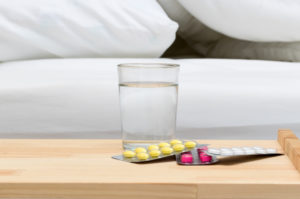 If I can’t sleep, should I take a sleeping pill?

Sleep well with the right attitude 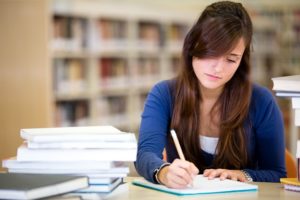 How to stay calm, and sleep well at night, during exam time 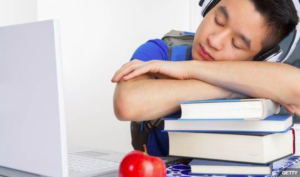 Sleep problems in teenagers and what parents can do to help 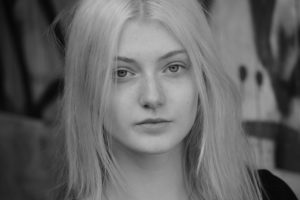 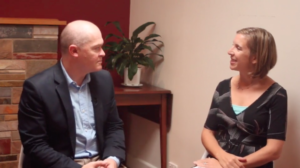 What are the most common types of sleep problems